Catastrophic Full Functional Failure: Often dramatic events; this type of failure is highly visible to operations and high in cost, resulting in downtime from an engine that ceases to function. Common engine failures can be misdiagnosed, and if correctly analyzed, attributed to failures within the fuel injection system.

How a Fuel Polishing System should be integrated into your facility: 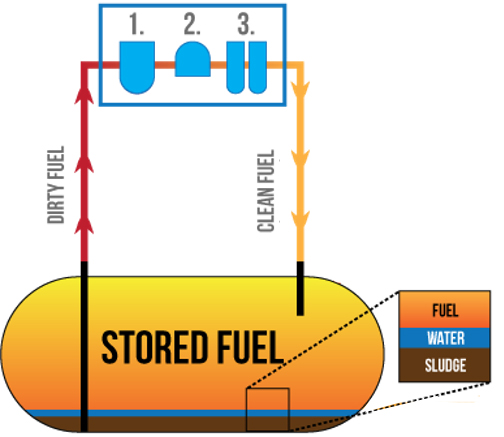